One first-summer Glaucous Gull was at CLahane along with 75 Common Scoter, 12 Great Northern Divers and 10 Manxs Shearwaters in Liscannor Bay.
One adult and one juvenile Dipper, one Spotted Flycatcher and six Ravens were at Kilcornan, Ennistymon.
One Adult Dipper and a juvenile Dipper and one Spotted Flycatcher were at Clifden House Bridge, Corofin.
Two Kingfishers were on the River Fergus at Kilnaboy.
One Dipper was on the Derry River Bridge near Lahinch.
One Common Sandpiper was at Lickeen Lake.

A female Wheatear was at Ballingarry.
A Buzzard was seen near the M20 to the south of Limerick City.

A pair of Buzzards was seen to the south of Limerick City.
Nine Cuckoos were recorded in west Limerick; five at Bauraneag, two at Knockdown and two at Knockathea. A pair of Ravens was also at Knockathea.
A great variety of birds was heard or seen at the Dawn Chorus outing to Glenstal including Spotted Flycatcher, Cuckoo, Blackcap, Jay and Siskin. A number of Bats, Red Deer and a Pine Martin were also seen. 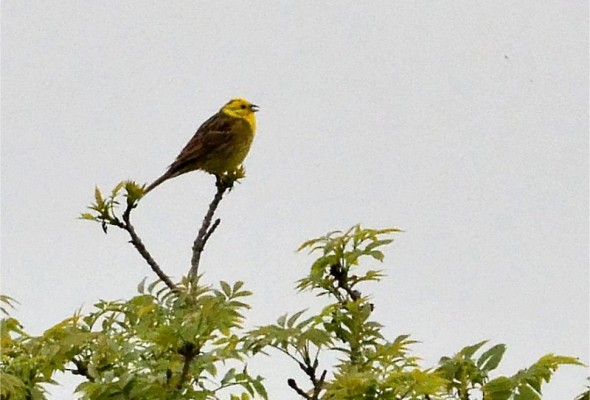 Yellowhammer in the Burren © Liam Jones

The Dawn Chorus outing, to the Mullaghmore area of the Burren, was most enjoyable on a dry calm morning. Of note were the following, three male Blackcap, six Whitethroat, four Common Sandpiper, two Little Egret, two Sedge Warbler, one Wheatear and one male Yellowhammer. Five Cuckoo were calling. Two of these were nearby as the outing was drawing to a close.
A male Blackcap was at Ballyallia Lake. 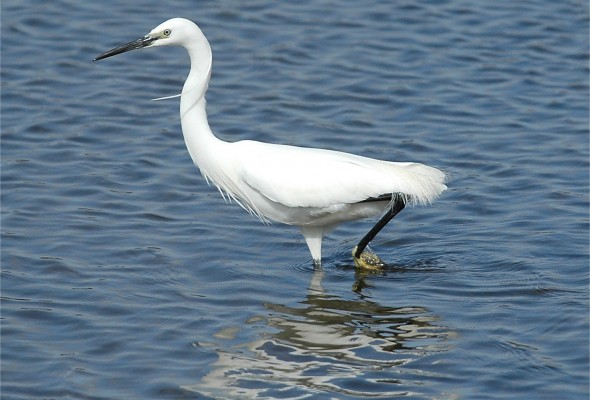 There were 14 Little Egrets, 50 Black-tailed Godwits, 16 Dunlin, one Whimbrel, three pairs of Gadwall, one drake Wigeon and a singing male Blackcap at the Shannon Airport Lagoon this evening.

There was bad news today for the nesting WHITE-TAILED SEA EAGLES at Mountshannon. The parents deserted the nest. Alan Mee of the Eagle Trust later checked the nest on Bushy Island to find and unhatched egg and another egg that seemed to have hatched with partial remains of a chick next to it. Hopefully they will stick around and retry again during next years breeding season. 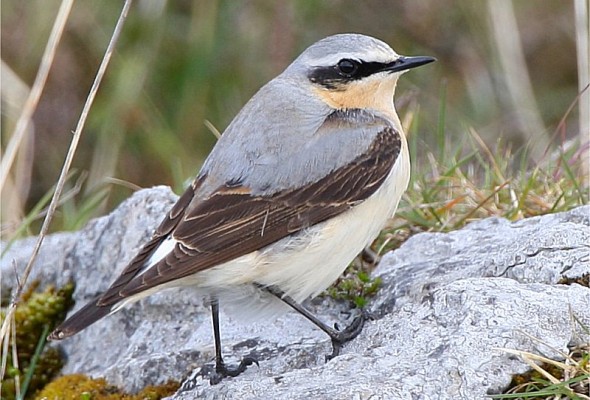 Lots of Wheatears are still migrating through the west of Ireland.
This male bird was nesting near Lough Bunny © John N Murphy

There were two Crossbills seen flying over Lough Atedaun. 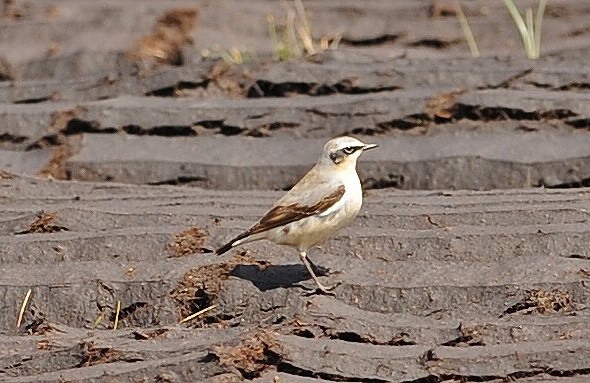 A Wheatear was at Dromada, Athea. 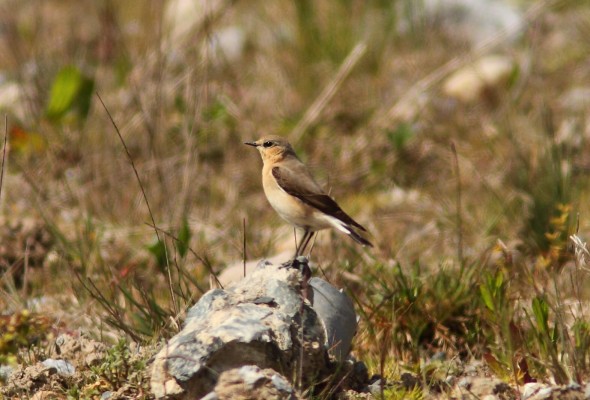