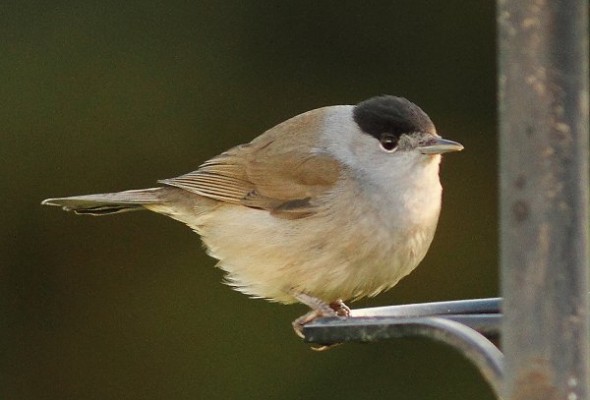 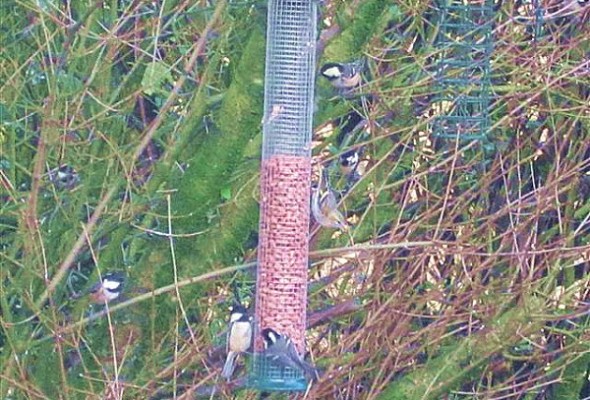 Larger than normal numbers of Coal Tits have been reported from a number of areas through out the County this winter. A similar pattern has been noted elsewhere in the Country as well, following on from reports last autumn of exceptional numbers at coastal areas in the south west. Most interestingly an influx of Irish Coal Tits was also noted on the Scilly Isles off Cornwall in the late autumn, suggesting that the eruption originated in Ireland. The Irish Coal Tit is a distinct sub-species, Parus ater hibernicus, and can be distinguished from the British sub-species, Parus ater britannicus, by the yellowish tone on its cheeks, brest and belly. The Coal Tit is one of only four native bird species with distinct Irish sub-species; the others being Jay, Dipper and Red Grouse. 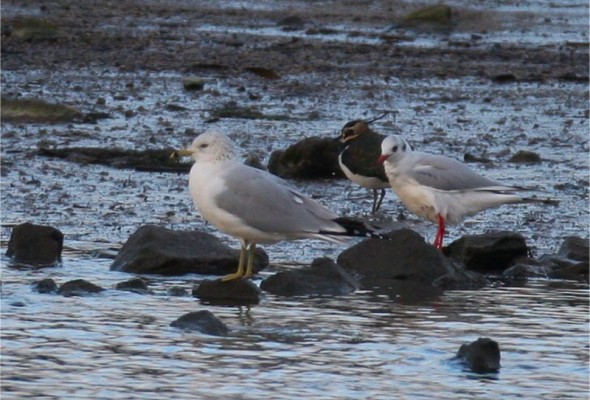 An adult Ring-billed Gull was at the Quay in Clarecastle late this afternoon (John N Murphy), along with one Common Sandpiper.
A small group of Waxwings were in the Templegate Car Park Ennis where one Crossbill was also observed in the only Scotts Pine tree in the car park.

One male Hen Harrier was near Kilfenora Village. 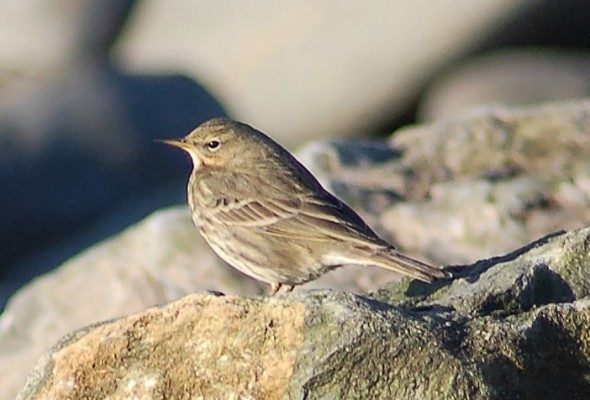 One Barn Owl was seen hunting near Lough Erinagh along with 42 Whooper Swans.

Two Bramblings were at the Charleville Lagoons. 130 Wigeon, 125 Teal, 60 Mallard, 12 Tufted Duck, four Shoveler, 50 Lapwing, 20 Dunlin and a Redshank were also at the site.

A colour-ringed first winter Common Gull, Blue 2ANN, was seen at O’Callaghan’s Strand. The bird was ringed as chick at Big Copeland Island, Co. Down on 11/6/2012.

The Pink-footed Goose was at Ballyallia Lake today with 16 Greylag Geese.
One male Blackcap was at Drumcliff Graveyard.
Two Crossbills were at Booltiagh, Kilmaley.