The ELEGANT TERN that has spent the last week at Beale Point in Kerry made and appearance at Rineville Beach, Kilcredan this afternoon (Keith Langdon et al). This is a first for the county and only a 7th Irish record.  The American Golden Plover was still at Kilkee Beach (John N Murphy et al).  One Eurasian Crane flew high over Castleconnell heading into County Clare this afternoon (Paul Troake).

A Crane was seen flying westwards over Castleconnell before heading northwards towards Montpelier and then westwards again into Clare (Paul Troake). This is the third record of the species in Limerick in modern times.

A White-tailed Eagle was seen flying over St. Thomas’s Island, Parteen at midday and was seen again in the afternoon at the Tail Race/River Shannon confluence (Pat Lysaght).  At the Bridges of Ross the seawatching was good today, between 7.15-2.15 there were three  juv Long-tails (one flew in over houses), six Pomarine Skuas, 15 Arctic Skuas, 27 Bonxies,  three juvenile Sabine’s Gulls , 44 Leach’s Petrels, c30 Storm Petrels, 17 Grey Phalaropes, 5 Puffins, a Black Guillemot and 112 Sooty Shearwaters. There was also a juvenile Sabine’s in Ross Bay.  The adult American Golden Plover was on Kilkee beach until c2.30pm when it flew off out to sea by itself and was lost to view!  Two Kingfishers were off he pier at Mountshannon.  Six Curlew Sandpipers were off Knockbeg Point at the Shannon Airport Lagoon.

A White-tailed Eagle was seen at flying over the Shannon at the Mill Road, Corbally today (Pat Lysaght). A Little Stint was also seen in the area.
A Kingfisher and a Whimbrel were at Robertstown.
A Kingfisher was seen at Foynes Harbour.

Two Arctic Terns were at Coonagh this evening. 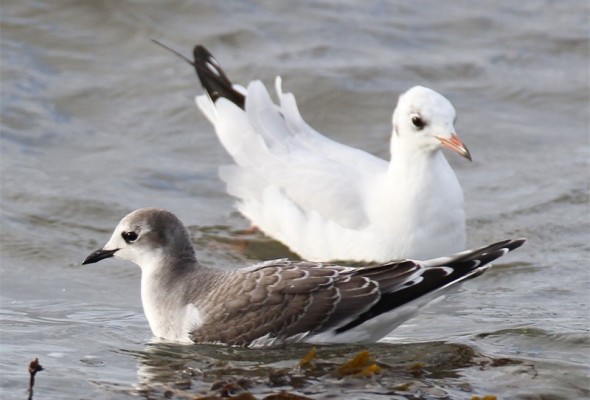 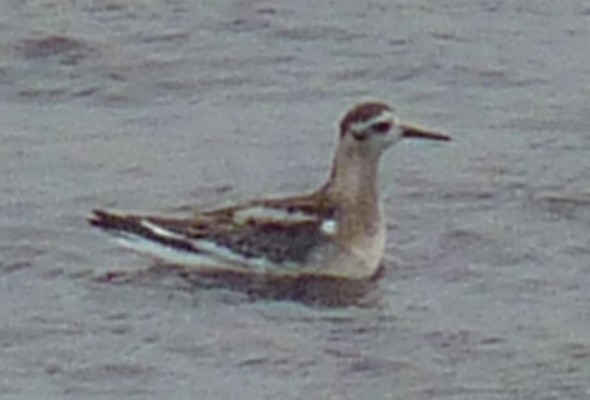 One Grey Phalarope was at Seafield, Quilty this morning .  One WILSON’S PETREL was off Bridges of Ross 5.50pm-6.14pm then flew west (Tom Lowe et al). Also a juvenile Long-tailed Skua 5.10pm-7.10pm plus four Sabine’s Gulls (1.ad), three Pomarine Skuas (ad.dark morph ad.pale morph +imm),  15 Leach’s Petrels, four Grey Phalaropes, six Storm Petrels,  14 Arctic Skuas and six Bonxies.  Two Pomarine Skuas (both ads) flew west past Bridges of Ross early morning along with six Arctic Skuas, two Bonxies and one Ruff. The AMERICAN GOLDEN PLOVER adult was still at Kilkee near the west end of beach at 12.45pm, along with one juvenile Little Stint (Tom Lowe et al). One  juvenile Sabine’s Gull was off river mouth at Doonbeg. One second-winter Ring-billed Gull was at Quilty on beach along with six Grey Phalaropes one Leach’s Petrel at Seafield flew inland plus five Grey Phalaropes and one juvenile Curlew Sandpiper.  One REDSTART was on the west side of Poulnasherry Bay.  A adult Hobby was at Kilmacredy, Liscannor (Dave McNamara).

14 Arctic Terns were at Coonagh this afternoon. A Greenshank, a Lapwing and two Black-tailed Godwits were the only waders present there during high tide. Interestingly the roost was disturbed by a Fox today, the second time this has been observed in the past week. A Garganey was also seen at the site. 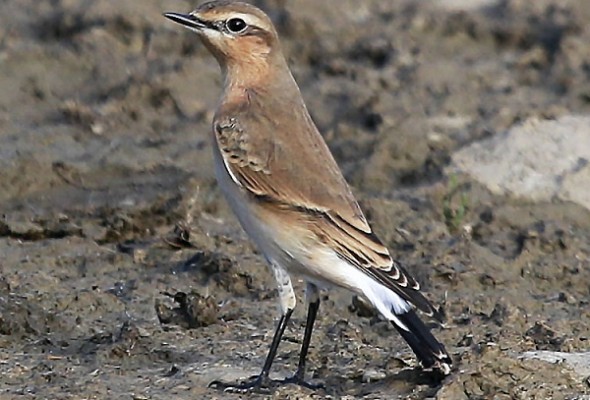 A Wheatear was seen today at Glenroe. 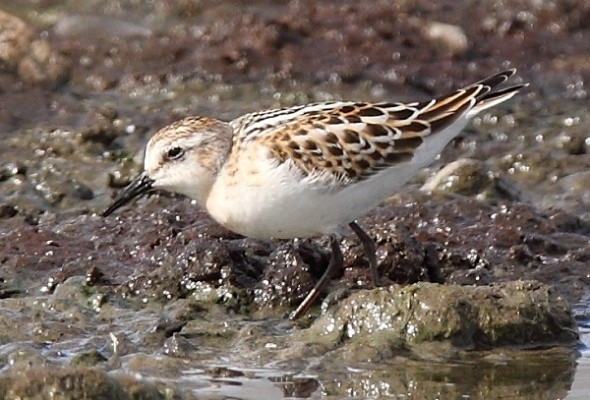 A juvenile Little Stint was on the spit at Coonagh today at high tide.