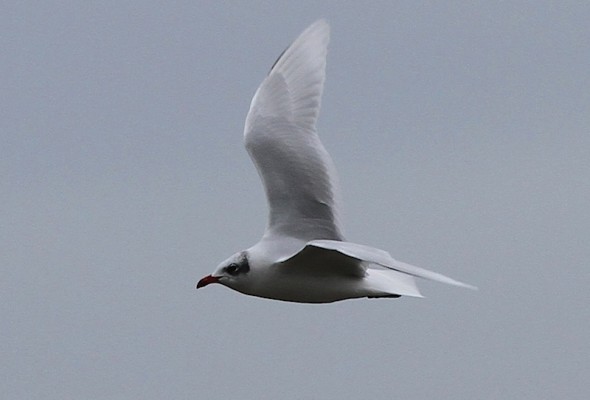 There were over 3,000 Black-headed Gulls this evening at Clonderlaw Bay feeding on sprat washed to the inner part of the Bay.  With them there was one first-winter Iceland Gull, one second-winter Ring-billed Gull, six adult, two first-winter and two second-winter Mediterranean Gulls, one leucistic Black-headed Gull, 60 Kittiwakes, 22 Greater Scaup, two Little Egrets, three Red-throated Divers, five Great Northern Divers, 200 Cormorants, over 200 auks the majority being Guillemots and 22 Great Crested Grebes.  The gulls flocking were reminiscent of the gathering of gulls at Poulnasherry Bay in February of 2000.  One first-winter Iceland Gull was at Clahane Liscannor. 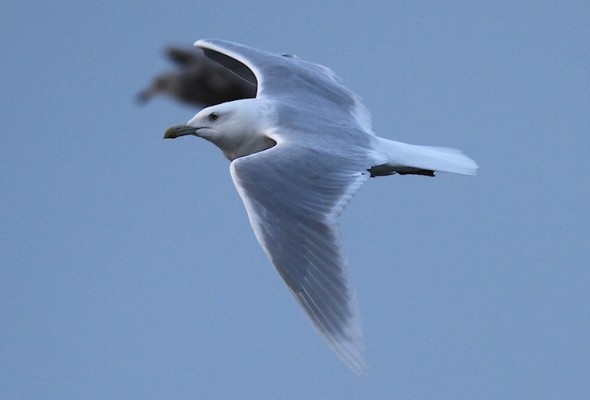 One Little Auk flew past the Bridges of Ross late this afternoon (John N Murphy), along with seven Razorbills, three Guillemots, tn Gannets and hundreds of Kittiwakes.  One adult Glaucous Gull was at Ross Bay, Loop Head.

A female Blackcap was seen at Monaleen.

A Red Grouse was seen on Galtymore.

A male Blackcap was at Oak Park Ennis since before Christmas.

Two Buzzards were seen at separate locations near Adare today, one at the Adare Manor Golf Club and the other to the west of the town.
A female Blackcap was seen at Monaleen.
A ten year old Swedish ringed Black-headed Gull, first seen at the Mill Road, Corbally in January 2007, was seen again at the same site today.

A Great Northern Diver was at Bunlicky Lagoon today. A Jack Snipe and a roosting flock of ten Greenshank and 130 Redshank were also present.