A Blackcap was at Monaleen (TT). 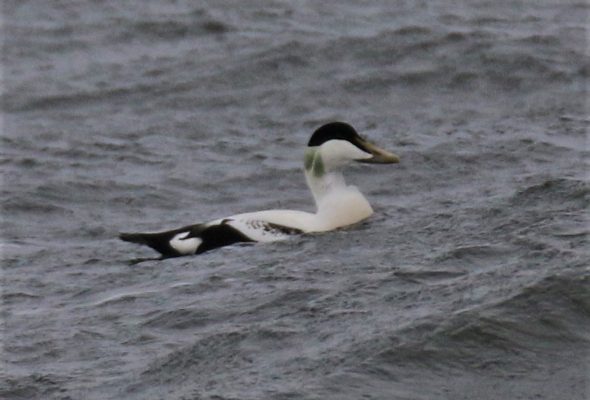 The female Velvet Scoter and a drake Eider were at Liscannor Bay this afternoon. (John N Murphy)
There were 56 White-fronted Geese at Tubber this afternoon. (James Organ)
Two male Blackcap were at Oak Park, Ennis.(Nuala and Tom Lynch)
One male and one female Blackcap were at Applewood, Ballycar. (JNM)
One Buzzard was at Lough Inchiquin. (JNM)
Two Woodcock were near Clooney, Quin this evening. (JNM)
A male Great Spotted Woodpecker was seen near Meelick. (Tom Tarpey) 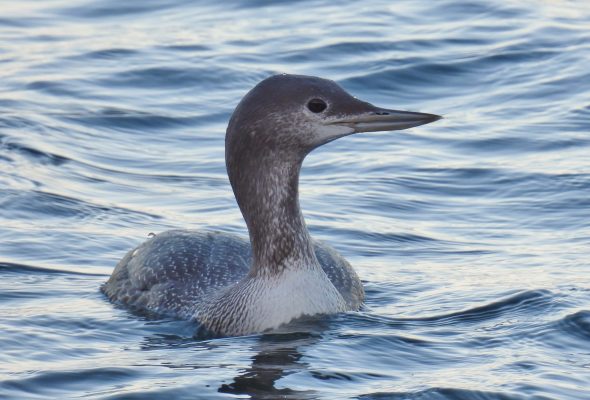 The female Velvet Scoter was off Ballyvaughan.(Ray Glynn)
There were 14 Common Scoter and 5 Black throated diver at Coolsiva Pier. (Chris Cullen)
Six Black-throated Divers were close in to Gleninagh Castle. (Jeff Copner)
A flock of 25-30 Snow Buntings were still at the tip of Loop Head. (John N Murphy)
One adult-winter Mediterranean Gull was at Sandfield, Liscannor. (James Organ)
One Buzzard was at Ballyallia. (Finbar MacGabhann) 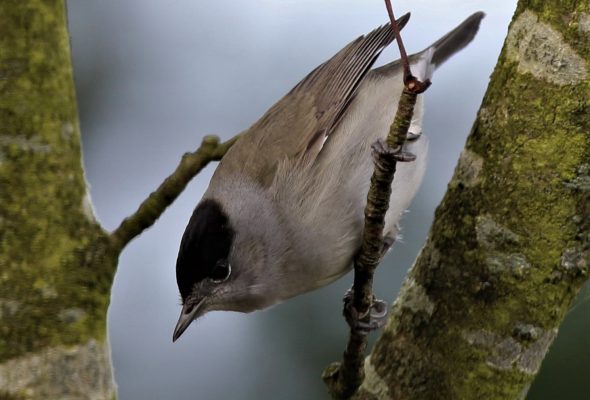 One female Velvet Scoter was at Lahinch this morning.(Jeff Copner)
A female Velvet Scoter was at Ballyvaughan along with 30 Black-throated Divers. (Declan Murphy)
The Black Redstart was still at Kilkee today. (Dickie Collins)
One Common Sandpiper was at Clarecastle Quay.(John N Murphy)
One Buzzard was on The Tulla Road, Ennis (JNM)
There were 60 Whooper Swans at Ballygireen.(JNM)
There were 26 Whooper Swans and 375 Lapwing at Ballyallia Lake.(JNM)
Two Blackcaps were at Applewood, Ballycar this morning. (JNM)
A Buzzard was at Roxton, Rath, Corofin.(Mark Rutledge) 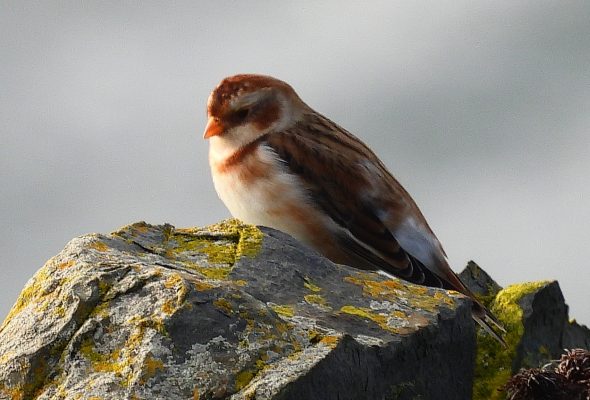 There was one female Velvet Scoter west of Ballyvaughan. (Declan Murphy)
Three Black-throated Diver, one Whimbrel & two Sandwich Terns were at the Flaggy Shore with at least 21 Black-throated Divers off the Martello, at Finvarra Point. (Dick Coombes)
At Loop Head there were 27 Snow Buntings at the Eire sign while on the headland and Kilbaha there were 360 Golden plover, 16 Turnstone, 15 Shag, 475 Herring Gull, two Peregrine, 75 Oystercatcher, one Red-throated Diver, three Great-Northern Divers and one Kingfisher.(Chris Cullen)
One Barn Owl was at Doors. (Adrian Glasgow)

Two Grey Phalarope were at Querrin Creek. (Dickie Collins)
One male Marsh Harrier was at Lough Cullaun and one Buzzard at Roxton, Corofin (James Organ)
One immature Little Gull and 50 Golden Plover were at Clahane with 300 Common Scoter at Lahinch. (Jeff Copner)
One Buzzard was at Dromoland. (John N Murphy)
Seven Purple Sandpipers were at Kilkee. (John Collins)
One Peregrine was at Toole’s Lough.(JO)
One female Blackcap was at Applewood, Ballycar. (JNM)
Two male Blackcap were at Oak Park, Ennis. (Nuala and Tom Lynch)

Two White-tailed Eagles were at Scarriff. (Louis Peacock & Conor Maloney)
One Black Redstart was still at Kilkee.(Chris Cullen)
One Buzzard was at Farrihy. (Dixie Collins)
Also at Farrihy Lough highlights were;14 Whooper Swans, three White-fronted Geese, 59 Lapwing, four Chough and a Peregrine.(CC)
One Peregrine was near Illaunonearaun.(CC)
At Moynoe, Scarriff there were 71 Whooper Swans and 102 Lapwing. (LP)

One Mediterranean Gull was at Quilty. (Chris Cullen).
Two Blackcaps were at Applewood, Ballycar.(John N Murphy)

The 3cy Iceland Gull was on a rooftop at Howley’s Quay (TT).